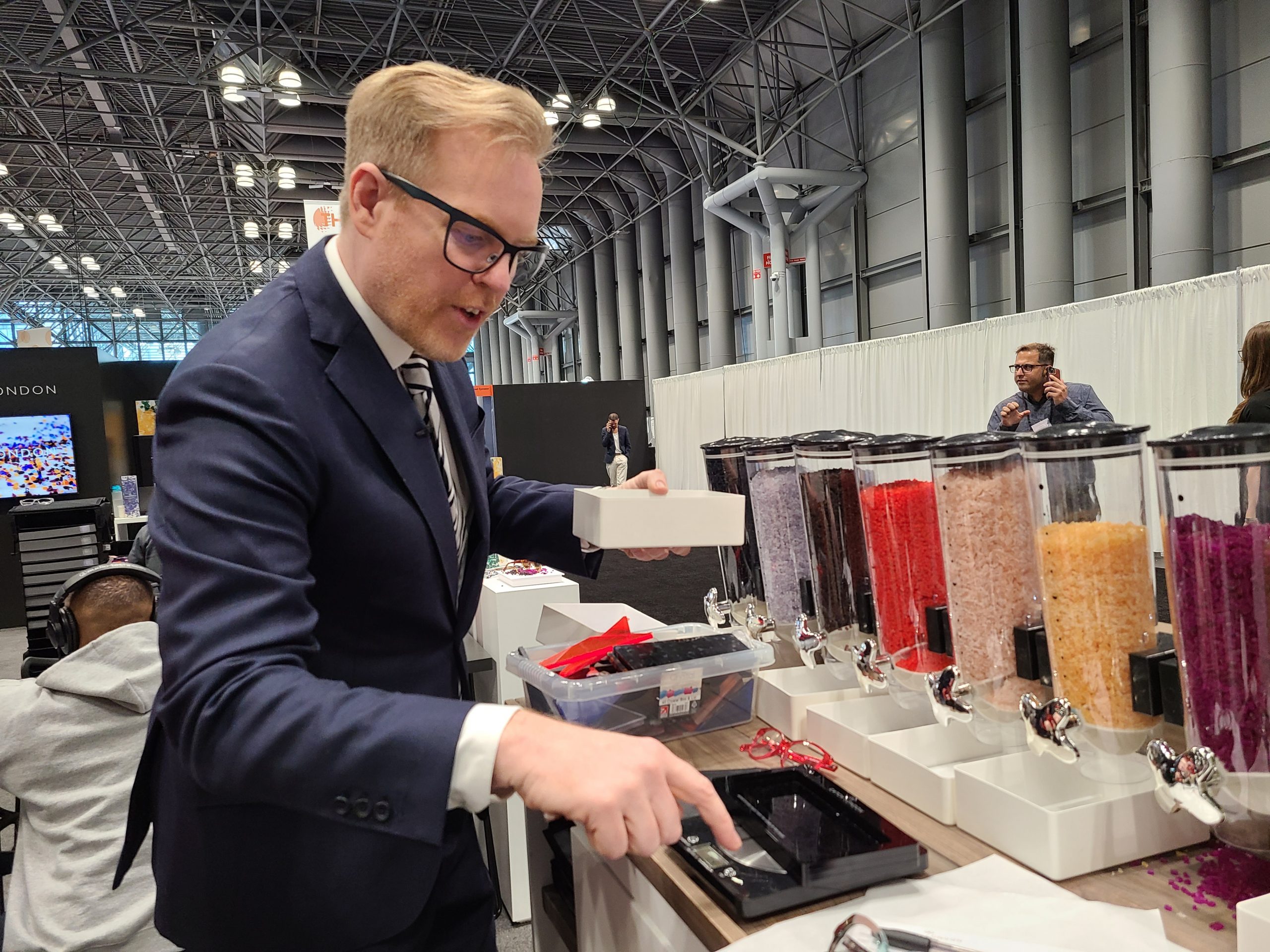 We departed in the wee hours of the morning on Thursday March 31st to fly to New York City for Vision Expo East.  I was especially excited about it because we were heading to my old stomping grounds.  I graduated from SUNY Optometry in 2010 and moved back home to Texas. I visited a few times afterwards but I hadn’t been to NYC in about 10 years!

It was all different and yet the same. I think that I have changed more than the city.  I was a single, broke student when I lived in NYC and I returned a gainfully employed doctor with a husband and child.  We also happened to fly out on my 4 year wedding anniversary to my amazing husband, so I packed him and the baby up and took them with me.

We woke up at 4 in the morning to catch our flights.  When we got the baby up we just pretended it was a regular day and he was game.   After what seemed like an inordinately long flight with an almost 2 year old we arrived in New York City.

I walked over to the Javitz Center. The last time I went I was a student and the walk seemed super far.  I know I am not in better shape now that when I lived in NYC and I’ve had a broken ankle since so I found the fact that it seemed much shorter strange.  I went to the first class Thursday night and found it mildly informative.

Friday we went to a few more classes talked to frame and product vendors.  I decided to switch our patient recall system to SolutionReach from Weave so you will notice your notifications will look different.  The emails will look nicer and you will still be able to communicate with us via text. While me and the team were at Vision Expo the hubs was taking my little one around the city.  He did exceptionally well. Friday night when we were out, I did end up having to carry him for about 20 city blocks to keep him from having a meltdown.  I have biceps of steel.  Yes, be very impressed.

Saturday was another busy day of looking at frame lines and meeting with reps.  I was so excited because I got to meet Tom Davies himself.  It was a bit of a geek out moment for me.   His frame line Catch London had set up what they called an Acetate Kitchen.   You got to pick the style of frame you wanted and take a tray to choose the colors.  I’ve put some pics of the process below.  They are handmade and almost every step is done by an individual.    I picked my frame and my colors.  I was a bit inept at using the dispensers so we had to start over once.  I think that’s when Tom Davies took pity on me and started to help.   Above you can see him putting the different acetate colors that will make up my frame into a tray. 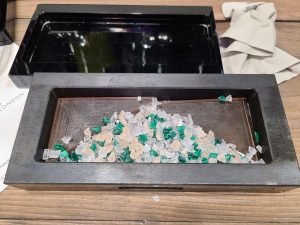 This is how the tray is loaded to create the frame style I chose.  These colors will be melted and pressed to from one solid block like the one below. 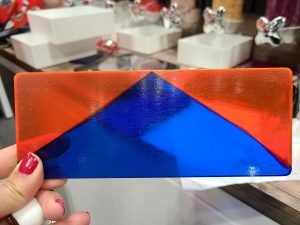 This is what my frame will look like in the end, the bottom will just be a slightly different color. 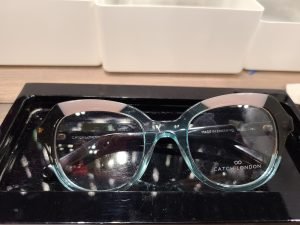 I will be sure to post a pic when the frame ever arrives.

Below is a cool frame line we were looking at.  The designer used to sell luxury cars and his line is inspired by that design aesthetic.  If you look at the frame bridge you’ll notice that it looks similar to a car grill. 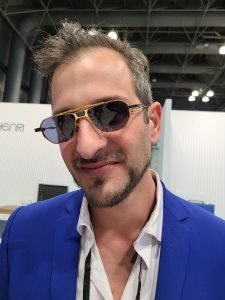 We also visited the booths of the companies that we currently work with. We saw Henau at The Loft and the big excitement for me was they had complimentary tumeric lattes.  It surely did make my day.   The frames were also beautiful.  Henau has amazing colors and a really cool angular designs. 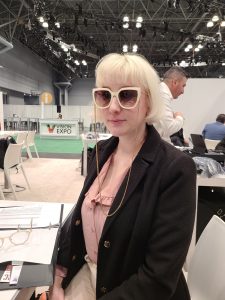 We ended up taking a Lyft right back to the airport to check out the TWA hotel.  It’s an old airport terminal at JFK that’s been converted to a bar.  They even have a plane outside that  has been turned into a bar.  It was such a cool 50s vibe.  My kiddo loved it.  He especially loved the little cars they had and climbed up and pretended to drive.  Were we supposed to get in the vehicles, no 100% sure but it was entertainment for hours so I went with it. 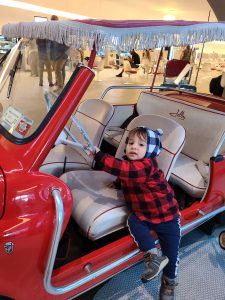 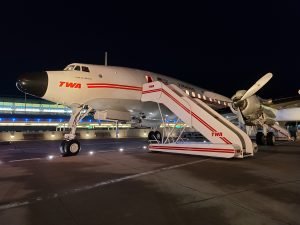 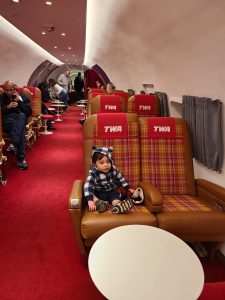 We finally got in at 5 in the morning to Austin safe and sound.  So we apologize for any inconvenience as it we had more staff out than expected on Monday as we recovered.  We hope our adventure to Vision Expo East will bring us to the next level in what we offer in the office and make us better able to take care of our clients. 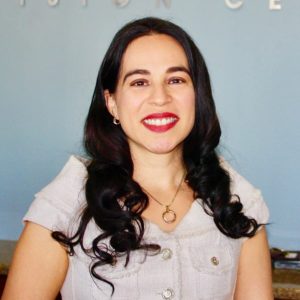 Dr. Susan Elizondo has been practicing optometry for 10 years, and proudly took ownership of Westlake Hills Vision Center in 2019. She has a passion for nutrition and practices a plant based approach to health and healing.